Bostock New Zealand Owner, John Bostock says Dazzle is the best apple he has ever grown organically in his 30 years of growing organic apples.

“Without any doubt I believe this is the best apple since the worldwide domination of New Zealand Royal Gala. It looks and tastes amazing, its bright red and sweet and it also yields and packs well.”

“We have been thrilled and delighted with the demand and reception in Asia despite these tough unprecedented times with Covid-19. We think in normal times Dazzle™ is going to be even better.”

Bostock New Zealand has invested heavily in Dazzle apple plantings and will have 600,000 cartons in the next five years.

“Dazzle is fast becoming one of our most important apple varieties. It has got a strong future and Bostock New Zealand is excited to have exclusive rights to grow and sell Organic Dazzle™,” says Mr Bostock.

Bostock International Market Manager Jane MacLean says the demand this season has also been driven by the continued growing awareness of organic produce in China.

“Organics has been big this year in China in the wake of Covid-19. It has pushed more consumers to search for safer food options with personal health becoming even more of a focus. Our organic apples guarantee a natural eating experience, free of chemicals and artificial fertiliser and we have seen the demand for our organic Dazzle™ increase significantly as a result.”

The Dazzle™ apple is a large, red, sweet apple which has taken 20 years to develop by Plant and Food Research in New Zealand and is targeted at the Asia market. New Zealand’s largest apple growers see it as one of the biggest apple developments in New Zealand since the launch of Royal Gala decades ago.

“It’s sweet, it’s red and its crunchy. It is everything that the China market wants and is providing the perfect eating experience for Chinese consumers,” says Ms Maclean.

“It also has a long supply window.  We can sell Dazzle in the markets from April through to September with very little quality issues.  It’s not like some of the other apple varieties which need to be sold quickly as they don’t store well. Dazzle also ensures less wastage for the retailers, so it’s an attractive option for them.”

Bostock New Zealand has been selling organic apples direct to Chinese retailers for 5 years and Ms MacLean says this model is working well for Dazzle™, which has a strong brand behind it and offers retailers plenty of marketing and promotional investment.

“We have six major Chinese retailers who are buying our apples directly and work with service providers to supply into other supermarket chains. These are a mix of online and offline customers. We have some exciting new packaging and have recently launched in-store marketing programmes across China.  This gives retailers confidence that we have made a significant investment and are backing Dazzle.

“There are multiple new varieties being released to the markets all the time, so we need to stand out from the rest.  Our retailers agree Dazzle™ has the wow factor but to get more consumers trying and buying it, we have invested heavily in Dazzle™ and the brand to further position it in the premium category,” says Ms Maclean.

Costco China is selling Bostock Organic Dazzle™ this year and has been very happy with the customer feedback so far.

“Costco is a big organic customer for Bostock in several different countries.  In China, Costco have partnered with Bostock to really push and promote the organic apple category to mainstream consumers.  This is very positive for Bostock New Zealand,” Says Ms McLean.

The organic market in China has been slower to develop than other markets, but with Costco and other major retailers on board, there is now some significant growth in the organic fresh produce category.

It is New Zealand apple week in China, which is supported by the New Zealand Government, (NZTE New Zealand Trade and Enterprise). Dazzle apples are featuring heavily in the promotions.

“We can see the growing trend that more and more local consumers’ are demanding organic fresh produce. This has been growing because there is increasing awareness of organic produce and consumers are pursuing healthier products in local market,” says Ms Chen. 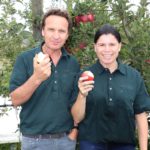 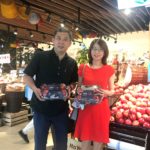 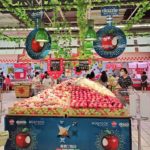 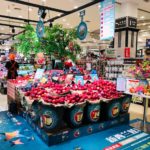