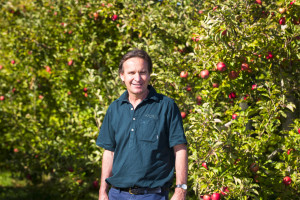 Food producers in the Hawke’s Bay region of New Zealand have won a major battle to keep the Hastings District officially GM Free.

“We have worked for seven years to capture this opportunity for Hastings and the region. Being GM free gives us a competitive advantage to market our high-end agricultural products internationally. Many regions around the world are officially GM Free. Finally we can join them rather than being left in their wake.”

Hastings District Council was the first in New Zealand to adopt rules in the local plan to prohibit GM field trials and releases in the district. These rules are now in effect.

“It’s a tribute to the Council, which understood the economic opportunities and how crippling GM contamination could be for our high-value food producers,” said Mr Chambers.

“It is a huge pity that Federated Farmers put the Council, our farmers and our growers to such needless expense, but we are now focussed on how to make this opportunity work for all farmers.”

The region’s GM Free status was also put under threat last year by a proposed change to the Resource Management Act.

“We’ve fought all the way and had to take the issue to Parliament, to protect Hawke’s Bay’s right to decide,” said Mr Chambers.

“This has been a long and drawn out uphill battle so we are very happy with the outcome. It’s taken huge commitment from producers and local Iwi, Ngati Kahungunu, with whom we’ve stood shoulder to shoulder.”

Bostock New Zealand Owner and a member of Pure Hawke’s Bay, John Bostock says the win is huge for everyone in Hawke’s Bay.

“Some of the world’s most celebrated food regions – Tuscany, Provence, Bordeaux – are officially GM Free. That’s the club we want to be part of,” says Mr Bostock.

Bostock New Zealand is one of New Zealand’s largest growers and exporters.

“This is an opportunity to promote Hawke’s Bay and our premium produce internationally with real credibility. Hawke’s Bay is the Tuscany of New Zealand and now we can promote ourselves on par – as a premium growing region.

“We have one of the most pure, fertile growing areas in the world and some of the most valuable agricultural land in New Zealand. We can produce top quality food products – so we need to play to this strength and embrace our GM Free status. Hawke’s Bay is leading the way for the rest of New Zealand and the world.”

“Attitudes to GMOs might change in the future but for now, GM Free is a must for premium markets and we are now well positioned to supply that demand.”

Hastings is not the only council to be taking this path. Auckland City, Whangarei and the Far North together now make up a large official GM Free region, after more than a decade of planning and community consultation.